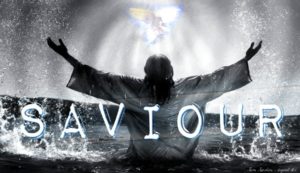 Amazing, how man so love the darkness (John 1), that he will dishonestly report and pull verses from the Bible out of context to justify his sin (Romans 1), even going as far as to feed into the propaganda that the Bible condones what it is clearly against (Isaiah 5:20).

I enjoy watching movies, even action super hero movies. I find it amazing that out of all the religious texts out there, the Bible is the one on the attack. From watching Avengers (the demon robot said “upon this rock I will build my church”, the ‘good’ guy claiming to be I AM), X-Men (the killer x-man said “I go by many names” including Elohim as one”), even the very perverted Futurama etc, one would find doses of blasphemous statements. This all points to the testimony of John 1 and Romans 1, and other scriptures like them.

It is irrelevant to me if someone claims that Christianity is the “white man’s religion”. Reading the Bible for myself, God is clear about what He delights in, and ill treatment of each other is not one of them.

I know what I came out of, and I know what I go through daily; and many other brothers and sisters like me. The promises God made through His Word, He has kept. Studying Science through a Biblical worldview adds to my faith. Learning about the Dead Sea Scrolls, current events, fulfilled prophecies all work seamlessly with the claims of the Bible.

I see a world broken by sin, where people will shoot you down for 200 bucks; in a demented state of mind, a man will just kick an 80 year old woman in the face; women in india are gang raped and let’s not talk about ISIS and other cults like it. The world is in desperate need of a Saviour. And we know it, we have all these super hero dramas.

Jesus said He is the Way, the Truth and the Life (John 14:6). Not a way, not a truth.. Other religious systems say Jesus was a nice guy but not God; Jesus claimed to be God (John 8:58), would a “nice guy” do that? Certainly not. Either Jesus was a liar and a lunatic, OR He is who He claims to be. If Jesus is wrong then all other major religious groups are also wrong, because for one, they testified a liar to be good, and if Jesus is right, then all other major religious groups are still wrong.

Christians are by no means perfect. We ALL go through our individual sin struggles. Yet for the Christian there is hope, by Christ’s imputed righteousness, we know that one day all these things will pass away. For the unbeliever there is no hope unless he has turned his life to Christ. The point is not to live heaven on earth, for the world is already corrupted; if God stops this and stops that and stops all consequence of sin, then He would disown Himself (which the Bible says He cannot do 2 Timothy 2:13). We wouldn’t want a judge to allow a murderer to get away with killing our beloved now would we? Would that be a good judge? We must see the consequence of our actions so that we can truly realize that God’s way is the best way. Thus, the point is to finish the race, having realized the destructive nature of sin and possessing the Saviour Jesus Christ personally for the redemption thereof.